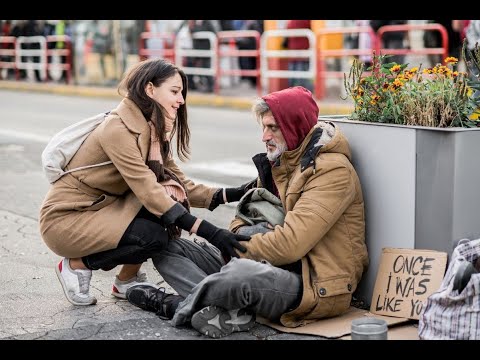 Am I my sibling's keeper?

“Give me your tired, your poor,
Your huddled masses, yearning to breathe free,
The wretched refuse of your teaming shore.
Send these the homeless, tempest-tost to me,
I lift my lamp beside the golden door.”

These are the words inscribed on the Statue of Liberty but they should be just as true for Canada. I wonder, however if we North Americans believe that any more. Do we really want the world’s huddled masses yearning to be free?

The United Church of Canada, at it's inception in 1925, was made up of the denominations of Methodist, Presbyterians and Congregationalists. Looking at the history of the Protestant church, John Wesley, the founder of Methodism, had a unique way of weaving personal holiness and social concern into religious conviction. He not only helped people experience God, he helped people find food, jobs and health care. He carried a deep passion for the whole person. And he said to the people called Methodists, “Give none that asks relief either an ill word or ill look. Do not hurt them if you cannot help them. And expect no thanks from anyone.” This is one of the founding faiths of our denomination and, in fact, the UCC has had an very reputation of trying to uphold this tenet. Sometimes we have to be reminded that it is not just the church organization that is to fulfill this purpose, but ours as individuals as well.

And so, I want to offer some words on how we go about this as individuals.

As Jesus says so eloquently in this troubling parable of Matthew 25, “I tell you the truth, whatever you did for one of the least of these, ...you did for me.” Are you able to see Jesus in the faces of the poor, the prisoner, the sick, the stranger?

Some time ago, I read of a staff member in a inner city church who said that you get rid of homeless people like you get rid of coyotes, “You cut off their food supply.” I find that about the most heartless thing I've heard and I want to assure you that I will never stand in any pulpit and compare human beings to unwanted animals that people feel need to be exterminated. In the words of Forrest Gump, “That’s all I have to say about that.”

In the children’s movie Whistle Down the Wind, Haley Mills and her friends stumble across a vagrant sleeping in the straw, while they are playing in a country barn. The frightened children shout, “Who are you?” The shocked vagrant replied, “Jesus Christ.” What the man meant as an expletive, the children took as a fact. They thought the man was Jesus Christ. So, they treated him with awe, respect and love. They brought him food and blankets; they talked with him, and listened to his story. Their tenderness transformed this ex-convict’s life and opened his eyes to God's love.

An elderly lady who died in a Scotland nursing home left this note behind, “What do you see nurses? What do you see? What are you thinking when you look at me? A crabbed old woman, not very wise, uncertain of habit, with far away eyes? Let me tell you who I am. I am a child of ten with sisters and brothers. I’m a bride of twenty loving my lover. I’m a mother of children who grew up too fast. I’m a grieving widow, living in the past. So open your eyes nurses, open and see. Not a crabbed old woman. Look closer, see me.”

People nowadays have so many options when looking for a church. Within a ten minute drive of Woodroffe United there are fifty Christian congregations. Often we get church shoppers in our church. I met one of them in my first year here who decided, after just a couple of Sunday's with us, to become a member. She said this to me, “I visited Woodroffe just to rule it out, feeling sure I would just be a face in the crowd. But I was greeted at the door and someone offered to sit with me during the service so I wouldn't feel alone.” She also said that the sermon had talked about church as a family and and at that she felt she had to join. Open our eyes, Lord, we need to see Jesus.

So, By What Means, In What Way, Can We Serve the Least of These?

John Wesley put it this way, “If you cannot relieve, do not grieve.”

If the first oath of office for a physician is to “Do no harm,” should not ministers, educators, lawyers, and Christians in general be just as concerned? Jesus was at the temple when the law-enforcing Pharisees brought a woman to him, accused of being caught in the very act of adultery. As they called for her stoning, Jesus stooped and wrote in the sand. Then, he straightened up and said, “You without sin, cast the first stone.” The first rule of helping is doing no harm. Think about that the next time you are tempted to send an angry e-mail, gossip about another person, or pass judgment void of understanding.

It's not enough to do no harm. We also have to deliberately do good. John Wesley eloquently advised people to “Do all the good you can, by all the means you can, in all the ways you can, to all the people you can, as long as you ever can.

We do good by “PRAYING.” Prayer changes us more than it changes circumstances. It gets our hearts in tune. It makes our motives pure. It gives us courage to approach all things in Jesus’ name.

We do good by “HELPING.” In Wesley’s mind there was no excuse for personal disengagement from the poor, the sick, the imprisoned.

When Mrs.J.C. March, a wealthy member of John Wesley's congregation protested to Wesley that she was too much of a gentlewoman to visit the poor in their wretched homes, Wesley would have none of it. He wrote her back and said, “Take up your cross, woman! Remember the faith! Jesus went before you and will go with you! Put off the gentlewoman; you bear a higher character.”

We do good by addressing systemic causes. We need to educate ourselves about and speak up against racism, poverty, homelessness, hunger, injustice, all the ills of the world. We can't simply ignore these concerns by blaming the government for inaction. There is enough wisdom in this congregation alone, to bring radical reform to some of the most pressing social needs of our time. Dare we do something about it for the glory of God and the good of humanity?

Speaking of ministers from the past who have had great influence, Charles Spurgeon, along with his wife, raised chickens and sold the eggs the chickens had laid. The Spurgeons had strict rules about their egg enterprise. Everybody paid. Friends, even family paid. There were no free eggs at the Spurgeon house. Some people concluded the Spurgeons were greedy and selfish. But, the Spurgeons refused to change. Only after their deaths, did the whole story come to light.

All the profits from those eggs went to support two elderly widows. The Spurgeons were not about to let the left hand know what the right hand was doing. And, they were willing to endure the attacks from friends to keep the secret.

Goodness is not a sudden blaze of glory won. It is not an announcement in the paper, or a plaque on the wall in the church. Goodness is done for the glory of God and for the good of the people. That is reward enough, no matter what other people think!

Am I my sibling's keeper? The answer is no. That rings of manipulation and control. But I am my sibling's sibling, because Jesus is a brother to us all!