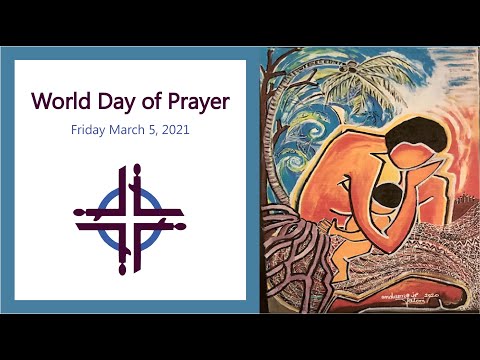 The Woodwark Student Bursary Fund was established in 1976 by the Reverend Ken Woodwark and his wife Ida in memory of their parents George and Emma Woodwark and George and Katie McDowell. Reverend Woodwark was a Minister at Woodroffe United Church in Ottawa.

Interested students should send a letter of interest accompanied by a CV to:

Treasurer
Woodroffe United Church
207 Woodroffe Avenue Ottawa, ON K2A 3V1
This email address is being protected from spambots. You need JavaScript enabled to view it.

The application deadline is November 15 of each year.

We are all called to Ministry

This typical order of service changes to suit the occasion.

We Listen For The Word of God

We Respond in Faith

We Return, Strengthened, to Our Tasks

Whether it comes from professional musicians or two 6-year old vocalists, music enriches our worship of God. The Ministry of Music is led by our Director of Music, with the participation of the Senior Choir and numerous other individuals. A rebuilt three manual Keates pipe organ was installed in 1982. Chimes were added to the original 37 stops in 1991. A 4-octave set of hand bells and numerous other instruments enrich our music. We sing from Voices United, the music resource for the United Church of Canada.

In 2012, the chancel was renovated extensively to enhance the acoustics and provide a more flexible concert space.

The choir has existed since the church was founded. Some former members stayed in the choir for as long as 40 years, and even now we have members who have been in the choir for over 25 years. In addition to providing music for worship, the choir took part in the Latvian Organ Festival in 2002. In recent years, the choir has commissioned music from composers including Eleanor Daley, Christine Donkin, Mark Sirett and Michael Spassov.

In 2012, the choir was joined by Caroline Leonardelli, harp and some additional singers for a Christmas season presentation of Benjamin Britten's Ceremony of Carols and other Christmas music. The concert also featured Mosaic, a versatile vocal quartet who are also choir members. Since 2013, the Woodroffe choir, the choir of the Church of St. John the Evangelist and the Strings of St. Johns have presented joint concert before Christmas nt both churches.

On Sunday, June 3, 2012, our choir premiered Realm of Endless Joy, composed by Christine Donkin with words by our own Wesley Dearham. The anthem was commissioned in memory of Peter Curd, who sang bass in the choir for many years.